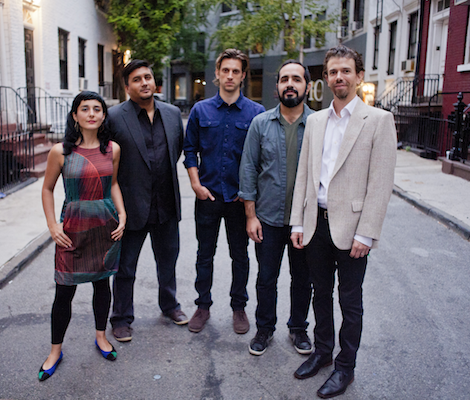 Since arriving in New York City in 1999, trombonist/composer Ryan Keberle has performed with a jaw-dropping roster of legendary musicians across a vast array of styles. At 34, his resume is more eclectic and impressive than that of many musicians twice his age. Keberle has performed with jazz greats including Maria Schneider and Wynton Marsalis; hip-hop and R&B superstars like Beyonce, Justin Timberlake, and Alicia Keys; Latin jazz leaders like Pedro Giraudo and Ivan Lins; played in the house band at Saturday Night Live, on the soundtracks of filmmakers like Woody Allen, and in the pit for the Tony-winning Broadway musical “In the Heights”; and most recently toured with indie rock ground-breaker Sufjan Stevens, ushering him into a new arena of fresh, emotionally charged music.

Keberle combines that wealth of influence and experience into a bold group sound with the debut of his pianoless quartet, Catharsis. The band comprises some of the most compelling up-and-coming voices in jazz – trumpeter Mike Rodriguez, bassist Jorge Roeder, and drummer Eric Doob – culminating in an approach rich with melodic invention, heavy groove, and a subtle indie rock sensibility. With the absence of a chordal instrument, Keberle was driven to focus more keenly on melodic and rhythmic aspects, resulting in memorable tunes and intensely driving grooves. “I’m very much piano-centric when it comes to arranging and composing,” he explains. “Catharsis pushed me out of that box and forced me to come at the music from more of a contrapuntal perspective. It’s really incredible how versatile these guys are; it was a meeting of the minds from the start.” The band members of Catharsis bring an impressive wealth of experience playing an integral role in many of the top jazz and Latin jazz ensembles including the bands of Charlie Haden, Gary Burton, Julian Lage, Christian Scott, Paquito D’Rivera, and Gonzalo Rubulcaba.