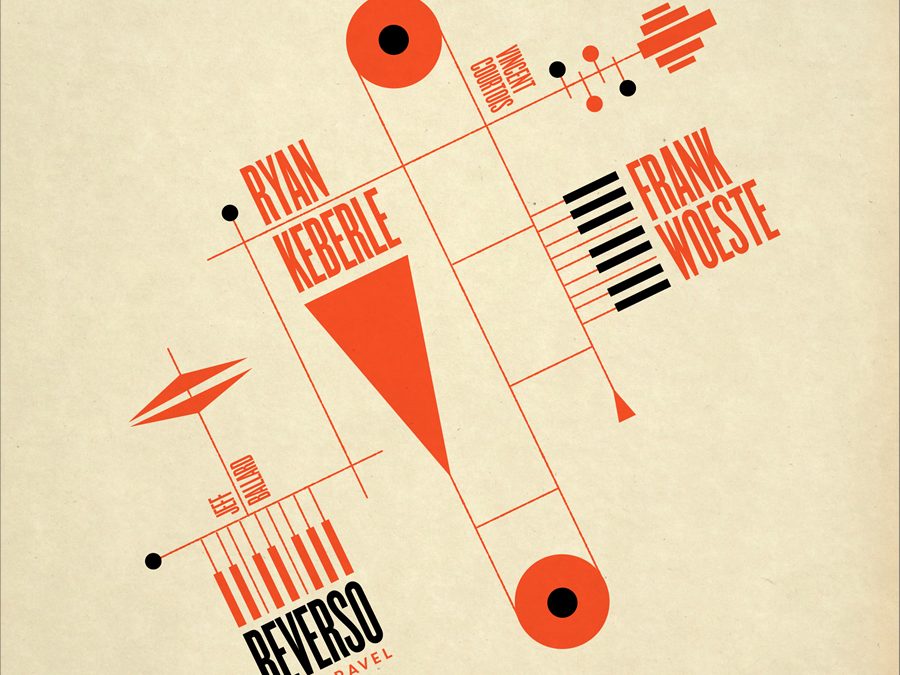 I’m thrilled to release the debut album from my new project, Reverso, here in the USA! The album, “Suite Ravel”, is inspired by Maurice Ravel’s “Le Tombeau de Couperin” with music composed by myself and co-leader, Frank Woeste. We sat down with the Grammy award-winning composer, Maria Schneider, earlier this year to talk about the project. She had some great questions about the project. Read the full interview below!

How did you approach connecting improvisation to Ravel’s pieces?

RK: As I connected with and looked to channel Ravel’s music, improvisation was at the center of my approach. In the compositional process, I would oftentimes play the specific Ravel passage at the piano and then transition into an improvised approach at the piano looking to maintain fundamental musical elements like rhythmic energy and melodic contour and pace from the written to improvised material.

FW: Personally, I think there is a natural connection between Ravel’s music and improvisation. Generally speaking, improvisation has existed in the tradition of European “classical” music. Bach, Mozart, Beethoven and many more have been known to be exceptionally gifted improvisers in their time. Concerning Ravel, it was particularly interesting because of his known love for jazz and the fact that Ravel was inspired by blues and jazz in general. And the reverse is also true – Ravel has had a tremendous influence on many jazz musicians like Miles Davis and Herbie Hancock to name a couple.

How did you develop soloistic space within these pieces?

RK: Because of the nature of my compositions that emerged from this process (through-composed and/or highly notated), I found myself relying on very open harmonic solo moments or even collectively improvised solo moments. I generally looked to maintain tempo through those events, however.

FW: The songs I wrote are inspired by Ravel pieces, but can be seen as original compositions as well. These new pieces are organized in recurrent harmonic and rhythmic structures over which one can take solos as often done in a jazz context.

Did you key in on a certain character, certain motives, or harmonic movement?

RK: I had every intention of doing this, but found myself so musically inspired by Le Tombeau itself that I stumbled upon a well of creativity and new ideas via the improvisation-based compositional method mentioned above.

FW: Absolutely, I extracted specific motives, melodic fragments, or harmonic movements that provided a point of departure for developing something new.

Can you articulate specific aspects of Ravel’s pieces that spoke to you as a jazz musician, or did his music just appeal to you in a broader musical sense?

RK: Ravel’s music has been at the center of my musical life and represents a major musical influence for me, primarily as a result of my many years of studying and performing his solo piano pieces as a kid. In particular, his pieces Antique Meneut, Minuet sur le nom d’Haydn, and Le Tombeau de Couperin were major musical events for me, as I played them for hours and hours each week at the piano. Of course, these are two of his easiest pieces!

FW: Ravel’s music has such a strong appeal to me because as a composer, he uses harmony like a painter would use color – he’s close to Debussy in that sense. I also like the idea that he created something new and original by drawing inspiration from many different sources, making his music incredibly rich and giving it a universal feeling. He drew inspiration from Couperin, Rameau and the classical tradition, but also from Hispanic music, blues and jazz.

Did you listen to both the orchestral and piano versions in preparing for this? Was either more inspiring to you?

RK: I much prefer the piano version, and as I mentioned before, have been dabbling at various movements at the piano myself since I was a kid.

FW: I listened to both. It’s very hard to choose, but the piano version was probably more decisive for me. All the melodies, motives, etc., are already present.

Is there anything about having approached your music from this angle that you feel might carry forward for you?

FW : Studying Ravel’s harmonic movement, the chords , the strong melodies, all of this will definitely stay with me.

Did you make any particular sonic connections between the cello and trombone or face any challenges, given their similarly low registers?

RK: I loved the timbral connections we found between the cello and trombone and the way it blurs the roles of each instrument. As a performer I found this quite liberating and as a composer this was a fun world to explore.

FW: I loved writing for cello and trombone; they are in the same range, which was a challenge, but at the same time, a great opportunity to work with sound textures. It was a bit like drawing registers on a church organ.

Did you encounter any specific challenges in the composition or recording process and, if you did, how did you resolve them?

RK: This whole process was even more rewarding than I could have imagined and went quite smoothly, from my opinion. Looking back, one challenge was balancing the relatively quiet dynamic range of the cello with three instruments that can get very loud. I think this will prove to be difficult in a live performance environment, as well. I can’t say I found any specific, codified solutions other than allowing, both musically and spatially, for the musicians to always hear each other.

FW: When working on music that’s paying homage to a certain composer, there are always hard decisions to make on what to take from the original material. What do you use, what can you use, what melody, what harmonic and or rhythmic material makes the DNA of a particular piece? How close should you stay to the original? These are challenging questions. My approach or method was to extract a melodic or harmonic element that seemed essential to the original and created something else from it. Like a 2017 jazzistic mirror to the original piece.

People often ask whether there is a difference in the American and European aesthetic and approach to jazz. Having worked on this project, do you feel there’s anything to say on that topic?

RK: On a non-compositional note, the more I travel and make music overseas, the more I’m amazed at the universal nature of jazz in the 21st century. The internet has completely leveled the playing field and made it possible for every type of music in the world to be heard everywhere in the world. This experience only reinforced that belief.

FW: Ravel is maybe one of the first European composers that was influenced by American music. There’s an interesting quote of Ravel in that respect:

“You Americans take jazz too lightly. You seem to see it as a music of little value, vulgar and ephemeral. In my point of view, it is jazz that will give rise to the national music of the United States.”
— Maurice Ravel, April 1928