Hailed in Downbeat International Critics Poll as #1 Rising Star trombonist, a player “of vision and composure” according to The New York Times, Ryan Keberle has developed a one-of-a-kind voice both on his instrument and as a composer, earning distinction among jazz’s most adventurous new voices. Keberle’s music integrates his wide-ranging experiences into a highly personal vernacular — immersed in jazz tradition, drawing on world music, rock and other influences, seeking fresh and original pathways. His flagship ensemble, Catharsis, has released five albums, three on Dave Douglas’s Greenleaf Music record label, to worldwide critical acclaim. 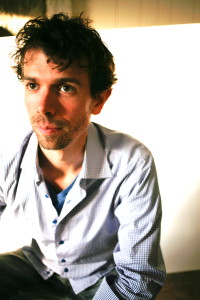 In 2017 Catharis turned its attention to political turmoil in the U.S. with the protest album Find the Common, Shine a Light, praised by The Nation as “unpretentiously intelligent and profoundly moving.”

Keberle has also worked in endlessly varied settings with musicians ranging from superstars to up-and-coming innovators, in jazz, indie rock, R&B and classical music. As a featured soloist with the Maria Schneider Orchestra, he collaborated with David Bowie on his 2015 single “Sue (Or in a Season of Crime).” He has performed extensively with the acclaimed songwriter Sufjan Stevens, with Brazilian superstar Ivan Lins, and with the Saturday Night Live house band. He has accompanied soul hit-makers Alicia Keys and Justin Timberlake as well as jazz legends Rufus Reid and Wynton Marsalis.

Keberle combines that wealth of influence and experience into a bold group sound with his indie-jazz ensemble, Catharsis. Described by the Los Angeles Times as “a potent blend of cinematic sweep and lush, ear-grabbing melodies” Keberle presents Catharsis in a performance of their one-of-a-kind indie-jazz with songs rich in deep groove, melodic invention and group interaction.

The primarily word-less vocals of Camila Meza mesh seamlessly with trombone, the trumpet of Mike Rodriguez, bass of Jorge Roeder, and drums of Eric Doob to create a lush sound filled with drama and intrigue. With recent performances on NPR’s Tiny Desk Concert series, Voice of America’s Beyond Category, tours throughout the United States and Europe including performances at such notable venues like The Jazz Standard in NYC, Blue Whale in Los Angeles, Duc de Lombard in Paris, and Pizza Express in London, the band has developed an undeniable chemistry and unmistakable ensemble sound. Repertoire will be selected from their recent record release on Greenleaf Music, Azul Infinito, which was just listed as one of “5 jazz albums you need to hear” by Billboard magazine.

The band members of Catharsis bring an impressive wealth of experience playing an integral role in many of the top jazz and Latin jazz ensembles including the bands of Charlie Haden, Gary Burton, Julian Lage, Christian Scott, Paquito D’Rivera, and Gonzalo Rubulcaba.

Aside from his successful performance career, Mr. Keberle has also developed the reputation as being one of the leading jazz educators in New York City and beyond. In 2001 Mr. Keberle was selected as the artistic director for New York City’s first youth jazz orchestra, Jazz Band Classic. The band made its premiere with Jimmy Heath in Aaron Davis Hall, and finished its season with an appearance by Slide Hampton in Carnegie Hall. Since 2004 Ryan has also directed the burgeoning jazz program at City University’s Hunter College. Other notable teaching credits include frequent improvisation clinics conducted throughout the New York City, and beyond, guest conducting local school jazz bands and all-region jazz bands, and his own private studio of trombone and improvisation students.