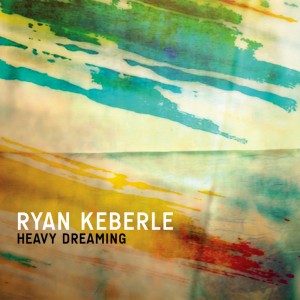 When I sat down with Ryan to talk to about this record, I could not resist asking him about “the trombone problem” — i.e., the instrument’s lamentable underrepresentation in jazz, dating from pretty much the end of the big band era. I know many serious jazz musicians and fans who don’t own a single trombonist-led album — not even stone classics like The Eminent Jay Jay Johnson or Grachan Moncur’s Evolution.

Trombonists themselves are acutely aware of this, even legends like Bob Brookmeyer: “Sax players got all the girls because they were seated in the front row. Trumpeters got all the money because they were driving the band from the back row. Trombones sit in the middle and develop an interior life.” (Brookmeyer, I should point out, ditched the slide instrument in favor of the valve trombone early on.) But the trombone problem is about more than just lousy PR — there are fearsome technical obstacles to playing fluently in a contemporary jazz language on the trombone. Which certainly didn’t stop Ryan from trying: “I was one of those guys who didn’t listen to trombone records for a long time. For many years I was transcribing all saxophones and trumpets, then I got into pianists like Brad Mehldau and guitarists like Kurt Rosenwinkel… but really, you can’t play that stuff on trombone. You can play some of it, sure, but ultimately it’s going to sound like an approximation, rather than something that really stands on its own.” However, at the ripe age of 29, Ryan has finally made his peace with his horn: “I’ve had a realization —I’m glad I play the trombone. I feel very much in touch with it. I’ve stopped trying to play like a saxophone or a piano. Now, I’m listening to myself more. What I’m playing is what I’d be singing.”

The results of this shift in approach are evident in his dark, unburnished tone, the seamless flow of his phrasing, the architectural curve of his solos, his magnetic sense of groove, and most of all in his commitment to melody.

“[Keberle] is clearly in the vanguard of a handful of stalwarts
re-introducing the trombone to now unaccustomed ears”
– Bob Gish, Jazz Inside