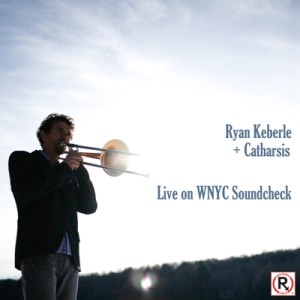 This EP is a rarity for jazz record releases today (in my opinion). A real working band (we’ve played on a monthly basis for almost 2 years now); playing live for thousands of listeners (albeit via the radio airways); we already had one gig under our belt the day of the performance so the band was super loose, in a tight kind of way, by the time of our WNYC performance; AND (this is the kicker) the music was captured by the highest quality vintage ribbon mics and sound board. These mics, by the way, are particularly great for brass instruments. Not too mention we had a great roady (Matt Merewitz) to keep us in line and provide us emotional support and Mexican breakfasts.

The result is a spontaneous, fresh, and cohesive live recording. I can honestly say its one of the highest quality live recordings (from musical and sonic perspectives) that I’ve ever been a part of and my band-mates agree.