You can now order our newest record Azul Infinito. ORDER HERE on iTunes or HERE on Greenleaf Music (preferred)

Hello friends! I am incredibly excited to announce that our upcoming Greenleaf Music album, called Azul Infinito, is now available on iTunes, Amazon or Greenleaf Music. This music represents a first for me and the band on many levels.
– it’s my first attempt at writing music inspired by time spent performing with many incredible South American composers over the past 15 years including Pedro Giruado, Sebastian Cruz, Samuel Torres, Ivan Lins, and Emilio Solla (the record includes five originals and three covers – Pedro’s beautiful zamba, “La Ley Primera”, Sebastian Cruz’s “Canción Mandala” and Ivan Lins’ “Madalena”)

– it’s the first time I’ve written music with lyrics, here in collaboration with my long time friend and brilliant poet Manca Weeks (two songs from this collaboration are included on the record)

– it’s our first in-studio music video (made by none other than David Doob, the father of our drummer, Eric Doob. And, if you ask me, it’s pretty badass!)

Other exciting things to look for on this record are liner notes written by Grammy award-winning artist, Arturo O’Farrill (and by yours truly) and beautiful artwork by Maddy Sturm including a booklet insert with lyrics.

And, finally, this album documents what has been, and continues to be, a true working band made up of my absolute favorite musicians (and people) on the planet – Mike Rodriguez on trumpet, Camila Meza on vocals, Jorge Roeder on bass, and Eric Doob on drums. These musicians have brought a vitality, unparalleled musicianship, and commitment that I never could have imagined. 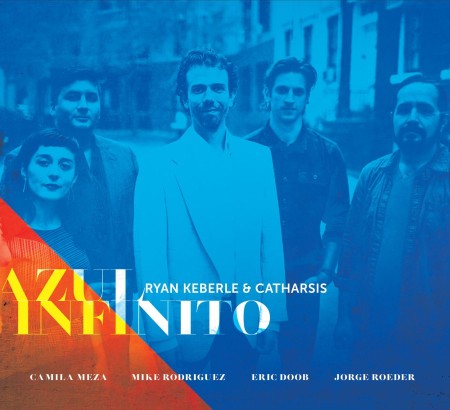